Five Israeli universities are in the top half of PitchBook’s 2022 ranking of the 100 undergraduate programs that produce the most venture capital-backed entrepreneurs, including Tel Aviv University, which made the top 10 for the fifth consecutive year.

PitchBook Data is a company that provides data and research on mergers and acquisitions, venture capital, and private equity funds.

Receive our free daily edition by email so you don’t miss out on the best news Free registration!

In the ranking of undergraduate programs, Tel Aviv University ranked 7th, up one place from the previous four years when it was 8th; the Technion-Israel Institute of Technology dropped to 15th place, down three places from the 12th place it had ranked the previous two years; the Hebrew University of Jerusalem maintained its place 31 for the second year in a row. 31 for the second year in a row; Reichman University (formerly IDC) enters the list at No. 38, and Ben-Gurion University of the Negev falls to No. 45, down one place from 2021.

Stanford University, University of California at Berkeley, and Harvard University rank first, second, and third, respectively, while Massachusetts Institute of Technology (MIT) and University of Pennsylvania round out the top five — all retaining their respective ranks from the year 2021 at. 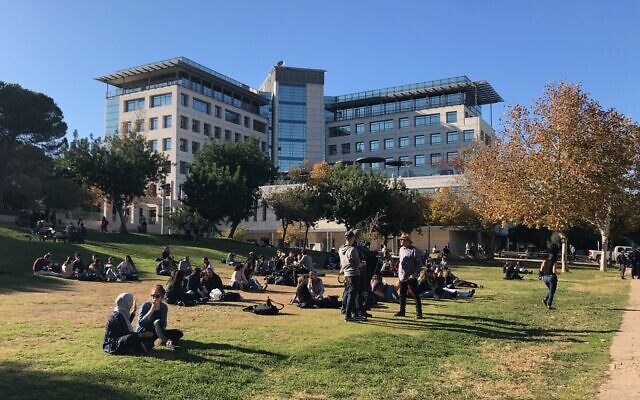 To create this ranking, PitchBook tracked the founders of companies that received a first round of venture funding between January 1, 2012 and October 21, 2022 and processed educational data from more than 140,000 founders. All rankings are based on data from that period only, PitchBook said in a statement. Previous studies looked at data from 2006 onwards.

This year, PitchBook also included postgraduate graduates in its alumni ranking, whereas previously this study only looked at founders with an MBA. The company also said it added more schools to its lists and improved the accuracy of its data by tagging founders who attended US public universities based on their specific campus rather than the system as a whole.

According to data from Pitchbook, Tel Aviv University’s undergraduate programs have produced 814 founding graduates who have founded 677 companies and raised a total of US$26.5 billion between January 1, 2012 and January 21, 2012. These include companies like retail technology company Trax, which has raised over $1 billion in funding to date, and Fireblocks, a blockchain fintech company, which has raised a similar amount since its inception in 2018.

Technion’s undergraduate programs have produced 576 founders with 493 companies, including payroll company Deel and AI startup Gong. According to PitchBook, founders studying at the Technion raised $17.7 billion in the given timeframe. 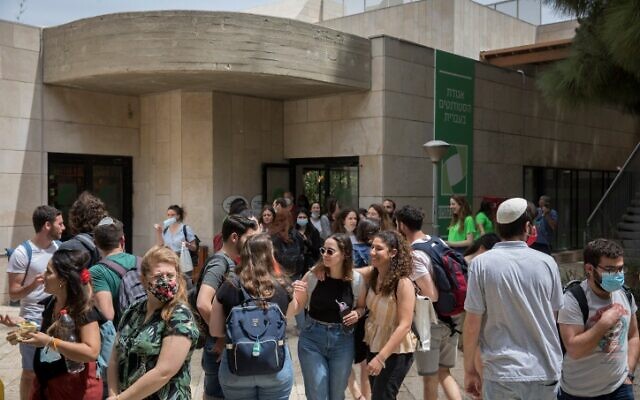 The Hebrew University of Jerusalem’s programs have trained 412 founders who have launched 361 companies (including cybersecurity unicorns Wiz and Cybereason) and raised a total of $12.4 billion.

Reichman University, which debuted at number 38 on the list this year, has seen 350 of its students launch 293 companies that have raised $8.7 billion. Companies founded by Reichman University graduates include Verbit, an AI transcription company, and Honeybook, a customer management company.

Last among Israeli universities in the top 50 is Ben-Gurion University, which according to the data has produced 292 founders who founded 259 companies (e.g., logistics technology company Fabric, technology company Hibob, and semiconductor company Vayyar ) and raised $8.5 billion.

Bar-Ilan University is also on the list of undergraduate programs, ranking 71st out of 100 with 203 entrepreneurs who founded 188 companies.

Among the 100 graduate programs that produced the most entrepreneurs, Stanford University took the top spot, followed by Harvard and MIT.

In the ranking of the top 50 graduate programs for women entrepreneurs, Tel Aviv University ranks first among Israeli universities at 23rd, followed by the Hebrew University at 29th, the Technion at 44th, and the Weizmann Institute at 50th, tied with Purdue University. the California Institute of Technology, University College London and the University of Maryland.

The winter college for younger farmers in Haute-Marne

Spain: a obligatory course on the local weather disaster on the College of Barcelona

Create and innovate from elementary faculty by school

Featured Posts
Spain: a obligatory course on the local weather disaster on the College of Barcelona
33 mins ago

Spain: a obligatory course on the local weather disaster on the College of Barcelona

Excellence Scholarship for Rima, a Lebanese PhD pupil
40 mins ago

The announcement of attainable closures is surprised and worrying