Studying in Canada is an enticing option for many prospective graduates and other students. But these are often courses that have their price! Besides considering the case of the University of Quebec at Rimouski.

A delegation from UQAR will be in Limoges this week to promote it. She will have a stand at the Forum Post bac at the Limoges Exhibition Center on Friday 18th and Saturday 19th November (registration required) and will be the focus of an evening at ENSIL on Monday 21st January. 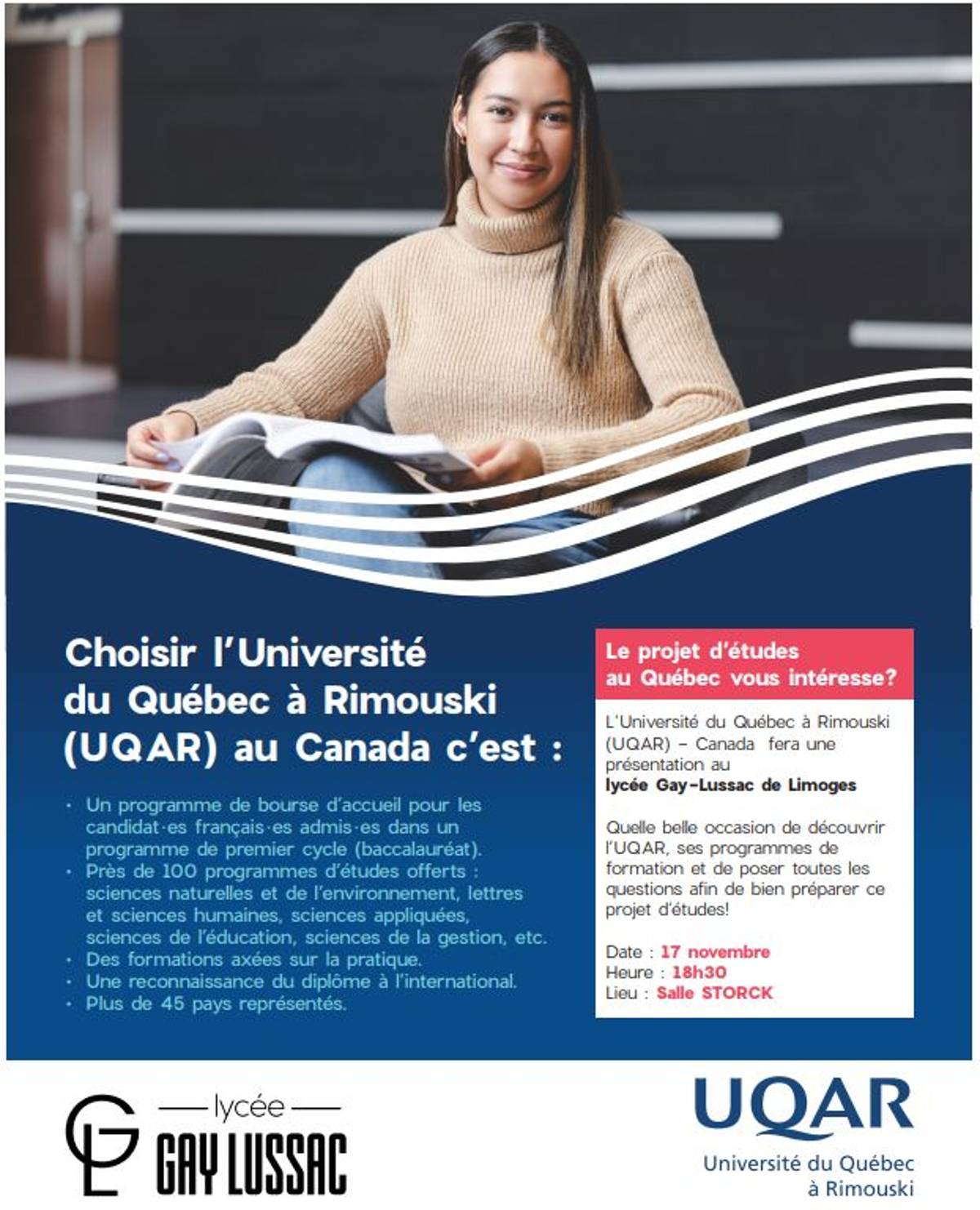 In absolute terms, universities of this level are more likely to end up in major French cities than in cities like Limoges. But it turns out strong bonds were forged in 2018 and have never been broken since, despite Covid.

Originally, it was Gaëlle Clavaud-Petit, physical education teacher at Maryse-Bastié, who met Carlos Castano, director in charge of recruitment in Quebec, as part of an exchange mission with Canada.

A first contact that led in particular to the departure of two BTS graphics industry students from Maryse-Bastié. Lidvine Lhotte and Julien Tuillet left to continue their studies at UQAR. Since then they have stayed where they settled and where they work.

“We opened doors for young people who would never have left their homeland,” says Joseph Makutu, project manager in the rectorate.

The University of Quebec in Rimouski intends to make its trip profitable by showing its splendor to high school students, students, institutions and in general all the actors of the Limoges Academy. And for this, the members of the delegation will not come empty-handed.

They offer study conditions at very favorable conditions. They decided to offer tuition for academy candidates at the same prices as Canadians, around €2,600 per year.

On-campus accommodation costs an average of 300 euros per month.
In addition, scholarships of 20,000 Canadian dollars (approx. 15,000 euros) will be awarded on the evening of the 21st at ENSIL.

This visit and these proposals have already found an echo within the Academy.
In addition to ENSIL, the Renoir and Gay-Lussac high schools, the IUT and the 3iL engineering school have already expressed their interest and confirmed their presence on the evening of November 21st.

Studying in Canada is accessible to almost everyone, the trip is worth it. 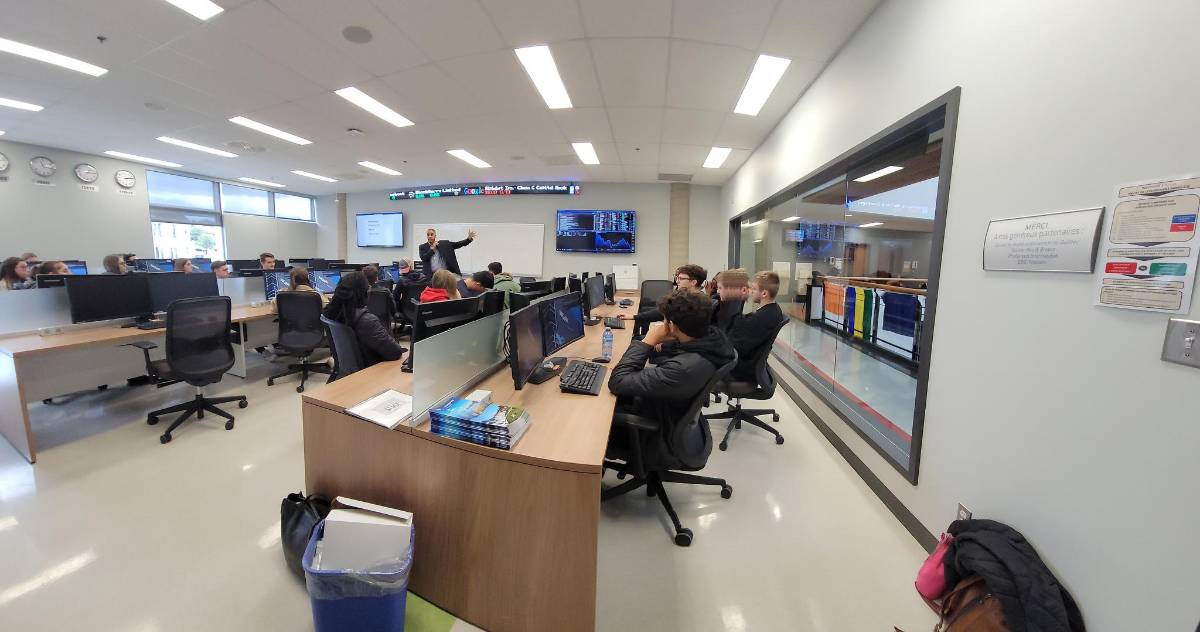 Rimouski is a city in Quebec at the mouth of the Saint Lawrence River, about 300 km downstream from Quebec City. Since 2011, UQAR has been one of Canada’s top research universities.

The Rimouski and Lévis campuses welcome students from more than 45 countries in mid-sized cities along the Saint Lawrence River.

The range of courses at UQAR is immense. It ranges from administration to education, history, geography, civil engineering, electromechanical systems engineering, chemistry, computer science, literature or psychology. And many others.

UQAR prides itself on offering education in human-level classes that encourage interaction and participation. With a very high level of supervision, the training is both theoretical and practical. In addition, UQAR student groups run intensive activities around mobilizing and topical issues such as sustainable development, environment, diversity, inclusion, international solidarity, etc. 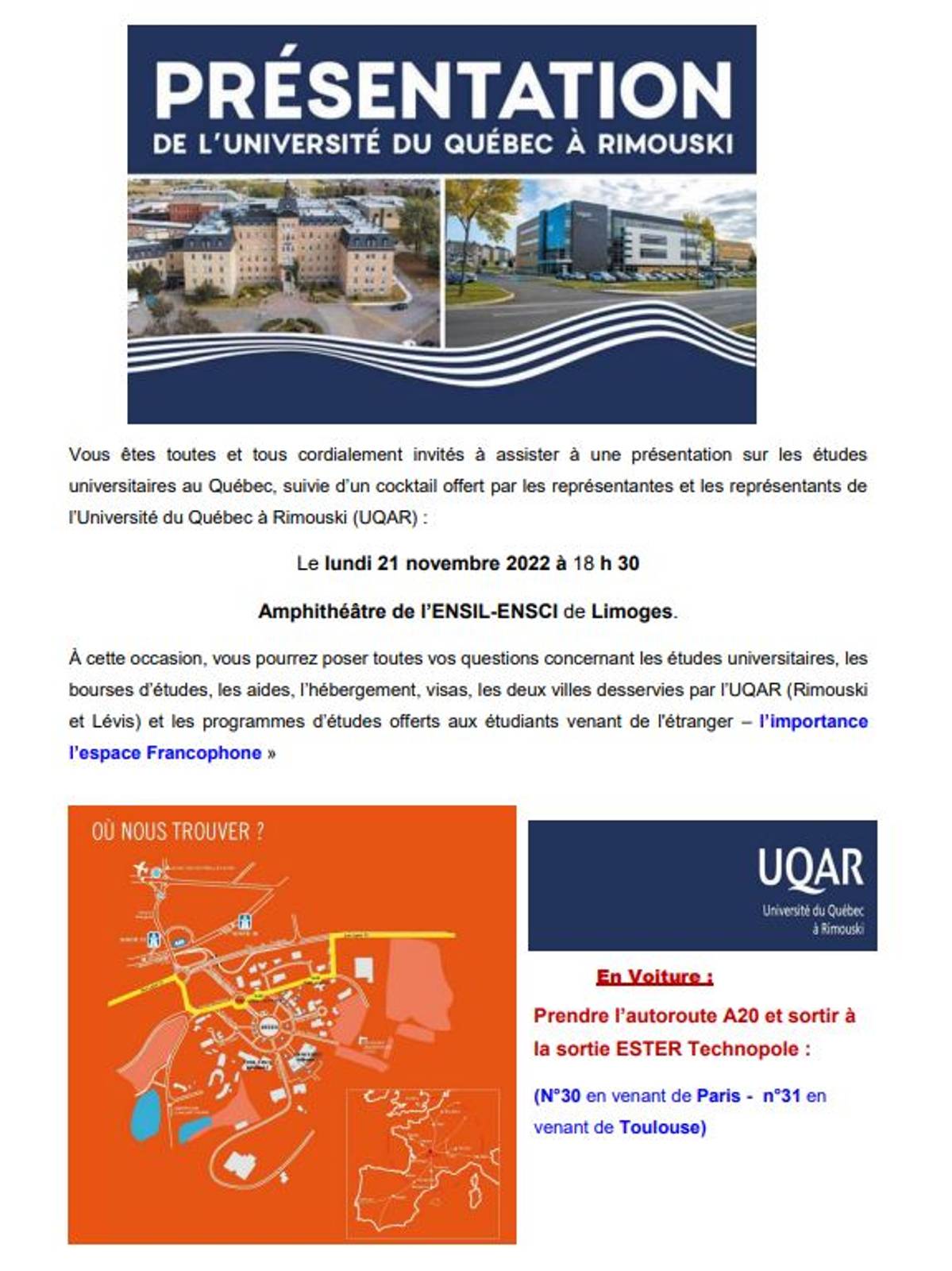 Again to high school and college: what assist is offered?

Greater Training: Whereas Ready for the RSU Scholarships for the Wealthy