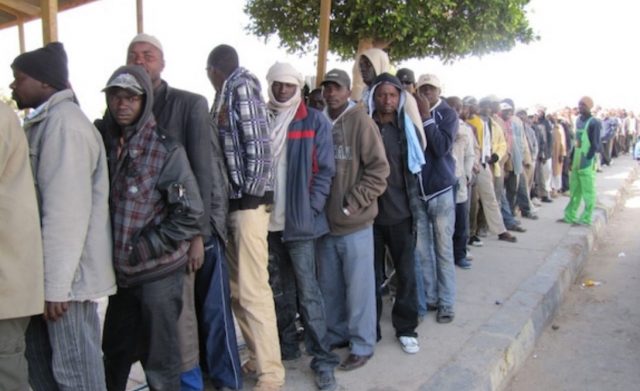 The migration crisis is discussed regularly. The affair surrounding the Viking Ocean, a ship that docked hundreds of migrants in Toulon with the approval of Gérald Darmanin, is making elected officials and residents of the south of France cringe. In dealing with the arrival of these migrants in the Var, the Minister of the Interior, instead of containing the phenomenon, pointed out that reception centers for these illegal immigrants are being set up in the south. The main reason? Spare the north of France from the already numerous transits of these populations. Migrants would then be stranded in the south to avoid crossing the English Channel. A real admission that the migration crisis is a real problem for the French and the particularly concerned residents of Calaisis and Dunkirk.

Applications will be considered at the end of November

However, the problem is not ready to stop in the region. Instead of restricting measures in favor of migrants, a new instrument for air calls will be validated. At the suggestion of the Platform for Support of Migrants and in collaboration with the University of Lille, a university course on Intercultural and Linguistic Mediator is launched. The aim is to train motivated people in mediation and language interpreting and to improve the dialogue between exiles and members of aid organizations.

This diploma is intended for people who have experienced an administrative asylum procedure, including foreigners. People with voluntary experience in exile administrative assistance are also eligible. However, they will be less common due to the other condition of application: speaking one or two languages ​​spoken by migrants; Tigrigna, Farsi, Sudanese Arabic, Sorani.

According to La Voix Du Nord, around twenty people have applied to date.

If the financial requirements are met, the course is planned as follows according to the initiators of the training

To finance this training, an appeal for donations was launched via the very well-meaning Fondation de France. She regularly supports initiatives in favor of immigrant and working-class neighborhoods and joined the project to increase donations. » Thanks to your donation, you make it possible to better support people in exile. You help build a more inclusive society that respects human rights. A society where the power to act takes its place, allowing everyone to find their own.”

The Fondation de France will match the amount received. Of the expected 10,000 euros, 2,830 euros have been collected so far. The remaining deadline is set for December 1st, which is 13 days from now. It should be noted that 3/4 of donors live outside Nord-Pas-de-Calais, even in Hauts-de-France. You are twenty to have contributed. Some even live abroad.

This initiative is an example of the power of immigration associations. The migrant support platform consists of 28 associations and collectives that currently support more than 2,000 migrants. This example shows that the public authorities are fully involved in aggravating the migration crisis. But it pollutes the daily life of the residents of Dunkirk and Calais. Migrants tried to enter a house in Calais yesterday, as shown in this video by RN-elect Marc De Fleurian.

Der Spiegel des Nordens, 2022. Reproduction and distribution-free broadcasts with attribution and link to the original source

the very best ally of lecturers and college students

Excited about the town with ladies, from the Cité des Dames to the Promenades du Matrimoine (Gustave Eiffel College)

on the College of Dakar, “when Senegal performs, we neglect all our issues”

Featured Posts
Excited about the town with ladies, from the Cité des Dames to the Promenades du Matrimoine (Gustave Eiffel College)
3 days ago

Excited about the town with ladies, from the Cité des Dames to the Promenades du Matrimoine (Gustave Eiffel College)

on the College of Dakar, “when Senegal performs, we neglect all our issues”
3 days ago

on the College of Dakar, “when Senegal performs, we neglect all our issues”